The Police Coalition of America PAC

The mission of The Police Coalition of America is to enact positive change and legislation that protects our citizens as well as our law enforcement. We endorse lawmakers that recognize the importance in enacting legislation that provides better police training and advocates for increased death and disability funds for those officers killed or injured on the job. While enhancing our law enforcement officers and related agencies with the proper training needed to safely conduct their jobs in a professional manner.

We will identify and back ANY lawmakers who will advocate for and stand with making our neighborhoods a safer place! That means backing our public safety officials AND our citizens of this great nation!

DID YOU RECEIVE A PHONE CALL?

2019 –  LAW ENFORCEMENT SHOT/ASSAULTED  IN THE LINE OF DUTY

In 2019, 48 law enforcement officers died from injuries incurred in the line of duty during felonious incidents.
The average age of the officers who were feloniously killed was 40 years old. The victim officers had served in law enforcement for an average of 13 years at the times of the fatal incidents.
In 2019, no federal officers were killed, but a total of 2,136 federal law enforcement officers were assaulted. Of the 2,136 officers who were assaulted, 372 were injured.
In 2019, of the 56,034 officers assaulted while performing their duties, 30.7 percent were injured. The largest percentage of victim officers (30.4 percent) were assaulted while responding to disturbance calls. Assailants used personal weapons (hands, fists, feet, etc.) in 79.3 percent of the incidents, firearms in 3.8 percent of incidents, and knives or other cutting instruments in 1.9 percent of the incidents. Other types of dangerous weapons were used in 15.1 percent of assaults

The Police Coalition of America PAC 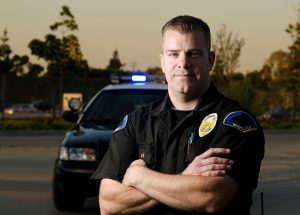 Super PACs, officially known as “independent-expenditure only committees”, may not make contributions to candidate campaigns or parties, but may engage in unlimited political spending independently of the campaigns. Unlike traditional PACs, they can raise funds from individuals, corporations, unions, and other groups without any legal limit on donation size.

According to FEC advisories, Super PACs are not allowed to coordinate directly with candidates or political parties. This restriction is intended to prevent them from operating campaigns that complement or parallel those of the candidates they support or engaging in negotiations that could result in quid pro quo bargaining between donors to the PAC and the candidate or officeholder. However, it is legal for candidates and Super PAC managers to discuss campaign strategy and tactics through the media.

The Police Coalition of America PAC web portal is intended to represent fundraising for Federal political candidates that have sponsored, co-sponsored or support legislation that supports our United State Law Enforcement professionals and their families.